Culturally and linguistically responsive pedagogy is essential for disrupting the systemic inequities that exist in education and that continue to oppress and marginalize students, families and communities of color.  One practical way, as a Project GLADⓇ trainer, that contributes to transforming this education system, and that I am passionate about, is supporting teachers in developing Project GLADⓇ units that are culturally and linguistically responsive to themselves, their students and their communities.  This is the true power of Project GLADⓇ – teacher developed units that go beyond content and language standards and promote identity development, cross cultural competence, multicultural appreciation and critical consciousness!

I had the opportunity to work with several dual language educators from Briarcrest Elementary School in Shoreline, Washington to develop culturally and linguistically responsive Project GLADⓇ units.  The purpose of developing these units was in the context of the 3rd goal of dual language education – all dual language students will demonstrate socio-cultural competence.  The Guiding Principles of Dual Language Education (Liz Howard et al, 2018) further defines the third goal as having components of identity development, cross-cultural competence, multicultural appreciation and critical consciousness.  It should be noted that this 3rd goal of dual language education aligns with the Social Justice Standards developed by Learning for Justice (learningforjustice.org).

The first unit that we worked on was for kindergarten and was based on the literary text, Querido Primo (Duncan Tonatiuh, 2017), which compares and contrasts two main characters day-to-day lives through letters written by two cousins – Carlitos who lives in Mexico and Charlie who lives in a large city in the United States.  The Learning Targets for the unit are:

The unit started with a graphic organizer to present different types of communities (metropolitan, suburb, rural), along with picture dictionary entries for each of these types of communities and an inquiry chart on communities.  Next, the text was presented via a narrative input chart.  Finally, a comparative input chart was created to compare and contrast Carlitos and Charlie, using the developmentally appropriate comparison words but and and.  This comparative input chart was processed over several days and included oral language development by “walking the chart” to make comparison sentences.  After this important scaffolding, students were able to write comparative sentences, with differentiated supports.  Prompts for 10/2’s during the input charts were focused on asking students to make connections between the story’s two characters and their own personal life experiences which provided an avenue to affirm and validate student identity.

After this first part of the unit was completed in Spanish, the comparative input chart was “bridged” (Beeman and Urow, 2013) to English and an extension activity was done in English.  The “bridge” was a way to honor and leverage the “bilingualism” of students and support the dual language bilingual program model.  Students are asked to identify key words that they learned in Spanish, and then using their bilingual superpowers, translate these words into English.  Metalinguistic contrastive analysis happens organically as the student centered bridge activity unfolds (e.g., cognates are identified).  For the extension activity in English, students are asked what kind of games they like to play and then they practice developing both oral and written comparative sentences using English syntax.

After implementing this unit, the teacher, Maria Treviño, had several important reflections.  First, she felt overall that students were very engaged and that all students accessed the content, regardless of their language level (which ranged from emergent bilinguals to experienced bilinguals).  In addition, because students used the SeeSaw application to record themselves reading their comparative sentences and describing their corresponding drawings, all students were able to have an authentic unit assessment.  Finally, all of her students were able to make connections to their personal lives and identify similarities and differences between themselves and the characters in the story, as well as amongst themselves.  She felt that implementing this unit was key to building a culturally and linguistically responsive classroom environment and was something that she and her students referred to often, even after the unit was completed.

The next unit that we worked on was for second grade and was called Different Perspectives.  The unit was backward planned for students to understand that people’s experiences and culture influence the way people see the world and how they share ideas.  It was also designed for students to understand that an author’s background influences his/her message and that it is helpful to read multiple sources to gain a clear picture about a topic.  To accomplish these backward designs, the topic that was selected is the Standing Rock Protest of 2016.

An overview of the unit consists of the following:

After completing this unit, the teacher, Jafet Corral, had several important reflections.  First, he admitted to being leery about whether this unit was developmentally appropriate for second graders.  However, he said that as the unit progressed, student engagement increased and he was pleasantly surprised by the classroom discussions and how his student’s natural critical consciousness began to flourish.  Like the kindergarten teacher, Jafet noted that implementing this unit was key to building a culturally and linguistically responsive classroom environment and was something that he and his students referred to often after the unit was complete, especially when mediating student conflicts.

The next unit that we worked on was for 3rd grade and was called Giving Thanks.  The unit was backward planned for students to understand that Washington state indigenous tribes are a living people with a present and future, as well as a past.  The specific WA social studies standards that were addressed were:

An overview of the unit consists of the following:

After completing this unit, the teacher, Jennifer Sturgess, had several important reflections.  First she noted the student engagement with the topic.  She felt like, although none of the students were members of any of the indigenous tribes they were learning about, their interest was definitely piqued.  Jennifer also said that when they discussed how indigenous children were sent to boarding schools, her students expressed concern and dismay.  Like her colleagues, Jennifer noted that implementing this unit was key to building a culturally and linguistically responsive classroom environment and was something that she and his students referred to after the unit was complete.

The next unit that we worked on was for 4th grade and was called Activists and Agents of Change.  The Learning Targets for this unit are:

This unit follows a more typical format for a Project GLADⓇ  unit with planning starting with the process grid.  Each row in the process grid is a different activist that represents the culture and interests of the 4th grade students:  Dolores Huerta, Cesar Chávez, Sonia Sotomayor, Alexandria Ocasio-Cortez and Rigoberta Menchú.  The categories of information in the process grid are:  Identity, Important Life Events, Changes Caused.  Based on this process grid, it was then easy to find observation chart images and write a big book titled “The Big Book of Activism.”  The repeating phrase for this big book was “The most important thing about activism is that groups of people come together to create positive change in their communities and in the world.”  Pages in the big book focused on What is Activism, Who are the Activists, Youth Activists, Current Activist Movements and Becoming an Activist.   A pictorial input chart was developed for Dolores Huerta, along with expert group texts for Cesar Chávez, Sonia Sotomayor, Alexandria Ocasio-Cortez and Rigoberta Menchú.

After completing this unit, the teacher, Toby Rose, had several important reflections.  Being a first year teacher, he was amazed at how the Project GLADⓇ strategies worked together to make the content accessible to all of his students.  Building on this observation, he noted that the dynamic and interactive activities were enjoyable for the whole class.  Most importantly, he said that many of his students identified with the activists that they were studying, particularly having similar values like the importance of family and wanting to make positive changes in their communities.  Like his fellow teachers, Toby noted that implementing this unit was key to building a culturally and linguistically responsive classroom environment and was something that he and his students referred to after the unit was complete.  He said that his students were inspired to talk to family and community members about activism and many expressed an interest in becoming an activist.

In conclusion, culturally and linguistically responsive pedagogy is definitely a “hot” topic in the education community, fueled by the socio-political climate of the last several years.  However, sometimes the discussions become empty rhetoric, lacking in the specifics of how a teacher can actually effect change in the classroom.  In Cultivating Genius:  An Equity Framework for Culturally and Historically Responsive Literacy (Gholdy Muhammad, 2019),  Dr. Muhamad states – “This is why we must not just be non-racist or non-oppressive but also work with passion and diligence to actively disrupt oppression in and outside of the classroom.  Simple good intentions aren’t enough.  The intentions must be deliberately connected to actions.”  Teacher created Project GLADⓇ  units that are culturally and linguistically responsive to their students are one way to enter into this call for action for teachers.  Schools and districts must invest in their teachers to develop this kind of curriculum –  culturally and linguistically responsive Project GLADⓇ units, in order for schools to be truly equitable. 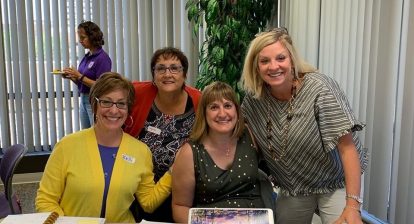 Building a Business: A Field Consultant’s Experience
May 18, 2021 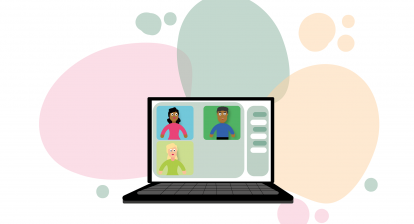 The i-store website is currently under construction. Please check back soon.